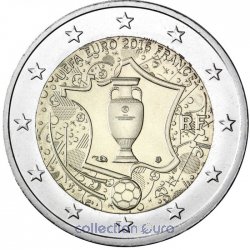 The champion team wins a reduced model of the Henri Delaunay-cup (from the name of the inventor of the tournament).

At the center of the coin is the Henri Delaunay cup inside a trace of the map of France with the symbol of the Mint Director at the bottom right.

To the right of the template the initials "RF" (Republique Francaise); the words "UEFA EURO 2016 FRANCE" upper arch; down a cross following a launch trajectory that led him to the front. The background of the design is made ​​up of graphical elements representing the tournament. On the outer edge 12 five-pointed stars representing the European Union. 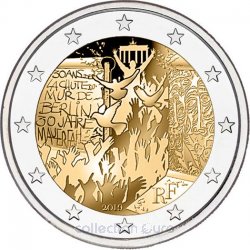 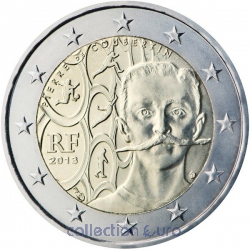 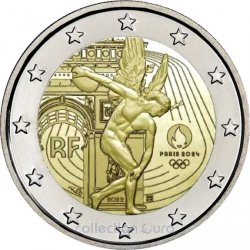 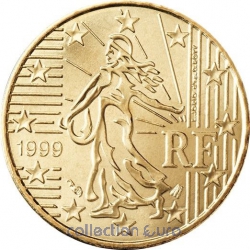