150th anniversary of the union of the Ionian Islands with Greece

The inner part of the coin depicts a seven-pointed star inscribed in Greek with the words: ‘150 YEARS SINCE THE UNION OF THE IONIAN ISLANDS (EPTÁNISA) WITH GREECE 1864-2014’,

The name of the issuing country ‘HELLENIC REPUBLIC’ and the mint mark of the Greek State Mint. The spaces between the points of the star feature the symbols of the Ionian Islands.

The entire design is encircled in a decorative stylised wave motif.

Other coins from Greece 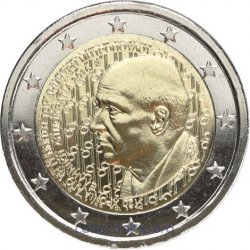 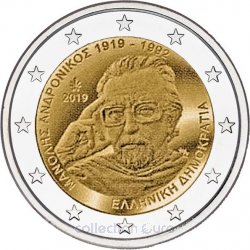