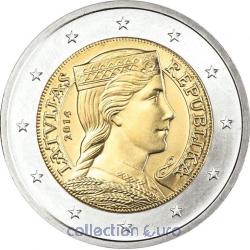 Portrait of a Latvian

The 1- and 2-euro coins show a portrait of a Latvian folk-maid, originally depicted on the reverse of the 5-lats silver coin in 1929.

The coin's outer ring depicts the 12 stars of the European flag.

The edge-lettering of the 2-euro coin is the first line of the State anthem — ‘DIEVS SVETI LATVIJU’ (‘GOD BLESS LATVIA’).

Other coins from Latvia 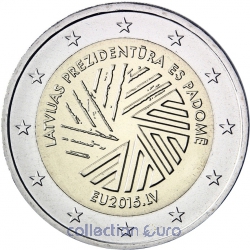 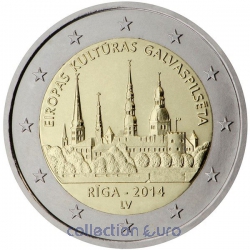 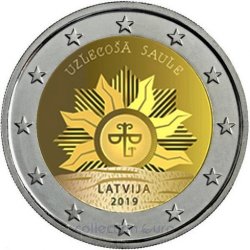 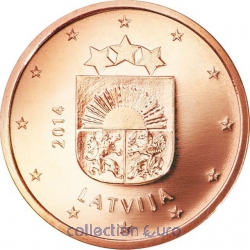 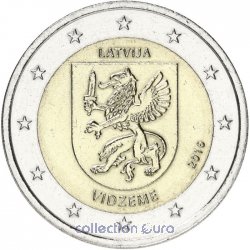