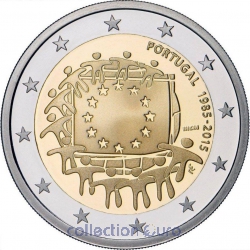 The 30th anniversary of the EU flag

The designs shows the EU flag as a symbol that unites people and cultures with shared visions and ideals for a better common future.

Twelve stars that morph into human figures are embracing the birth of a new Europe.

At the right side, in between the flag and the years is the mint mark ‘INCM’.

At the bottom right are the initials of the artist (Georgios Stamatopoulos).

Other coins from Portugal 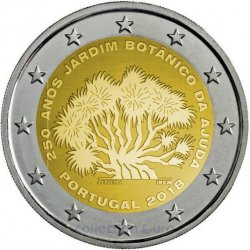 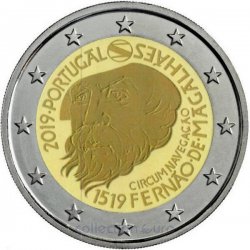 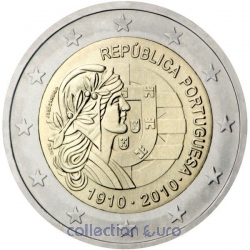 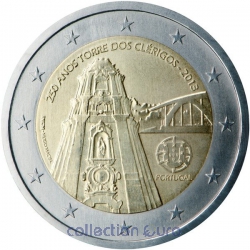 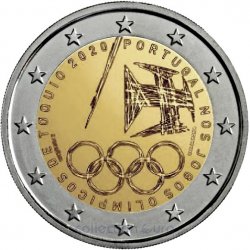