10 years of euro banknotes and coins

Five more Member States adopted the euro in later years, so a total of 17 Member States – and 332 million people – use the currency as of 2011. It has become a symbol of Europe, and the banknotes and coins have become a part of european citizens daily lives.

Citizens and residents of the euro area selected the winning design for this euro coin, issued by all euro area countries to commemorate ten years of euro banknotes and coins.

Using web-voting, they had five designs to choose from which had been pre-selected by a professional jury. The winning design symbolises the way in which the euro has become a true global player over the past ten years, as well as its importance in day-to-day life, with various aspects being depicted: ordinary people (the family of four), trade (the ship), industry (the factory) and energy (the wind power stations).

Other coins from San Marino 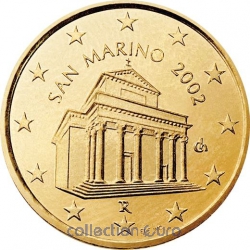 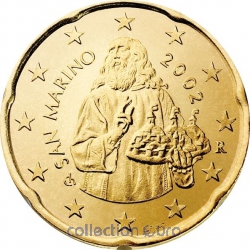 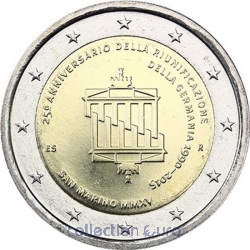